Nepal is the home of the great Sagarmatha (Mount Everest), and was the birthplace of Lord Buddha. Nepal is a unique and beautifully captivating county, but its people have lived under considerable political turmoil for many years. Until May 2008, when the 239 year old monarchy came to an end and Nepal became a republic, Nepal was the only Hindu Kingdom in the world. 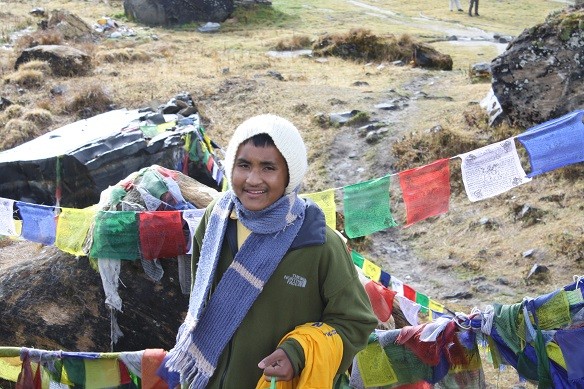 Democratic politics was introduced in 1991 after popular protests, but was marked by frequent changes of government. Maoist rebels waged a decade-long campaign against the monarchy, leaving more than 12,000 people dead and 100,000 people displaced according to UN figures. Thousands of children have been the innocent victims of this conflict. Many of these children were stranded in remote villages, end up begging, pressed into employment for pitiful wages, or girls may be sold in an underground slave trade to employers in India. Throughout Nepal it is estimated there are 2.6m child labourers working across various industries.

A peace deal was agreed in November 2007, although the Maoists continued to press for abolition of the monarchy. Parliament agreed to the condition in December 2007, and the Maoists emerged as the largest parliamentary party after elections in April 2008.

The monarchy was abolished a month later, and a Maoist-dominated government took office in August. The Maoist-led coalition government disintegrated in May 2009, and was succeeded by another coalition excluding the Maoists.

Nepal is home to some of the largest Hindu temples as well as four of the holiest Buddhist sites in the world. Its land area is smaller than Victoria (147,181 sq km), however it reaches from the heights of Mount Everest to the sea level plains of the tropical Terai. In this diverse land is a population estimated at 29.3 million people (UN 2009).

Nepal remains one of the poorest countries in the world, with a GNI of US $400 (World Bank 2008) and a life expectancy of 66-67 years. Nepal relies heavily on Tourism, with 2011 being the ‘Year of Tourism’. Most of the population depends on agriculture, and the UN estimates that about 40% of Nepalis live in poverty. Foreign aid is vital to the economy, and Nepal is also heavily 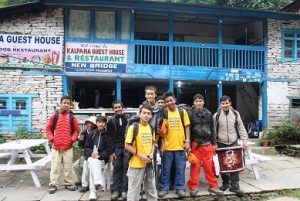 dependent on trade with neighbouring India.

Nepal was only opened to the outside world in the 1950’s. Since then Westerners have been captivated by it’s incredibly rich spirituality and culture. Nepal is made up of over 40 different races and tribes and its people follow several different religions. Hinduism makes up about 87%, Buddhism 8%, Muslim 3% and other, such as Christianity, 2%. Common to all these religions is the integration of religious expression into every day life, resulting in over 50 festivals and numerous forms of daily worship. The festivals are celebrated with incredible enthusiasm and make for a very bright, colourful and exciting experience. The beautiful people and rich cultural treasures deeply touch the hearts of most visitors, resulting in many returning year after year.