The following generous supporters have organised or participated in existing events, or used a personal challenge to help raise funds for SCAI

Long term child sponsors, Kia Leong and Wantirna School of Music in VIC, Australia, kindly requested attendees of their Annual Forte Festival to make a gold coin donation to help support the children in one of SCAI’s education scholarship programs in Nuwakot, Nepal.

In support of her mammoth effort, Beck very kindly called out to friends for donations to one of SCAI’s education scholarship and income generation programs in Nuwakot District, Nepal, to help keep them in school for at least 2 more years.

Jess made a commitment to herself and her children to incorporate running into her life and undertook her first City to Surf run in Sydney, to show her children that with commitment, focus and the right amount of work in, you can achieve your goals whatever they are.

Thank you Kia, Beck and Jess for responding to our call for support to help provide 81 vulnerable children with education scholarships.

Kathmandu Kids put on yet another hugely successful event in 2019, raising over $36,000! This takes their total donations to SCAI over the past 11 years to just over $500,000! Kathmandu Kids are the proud and very dedicated supporters of one of our Education Scholarship Programs in Nuwakot district, which supports almost 200 children and their families with school expenses, child protection and capacity building activities and income generation support. Prior to this program, they sponsored the education scholarship programs in Jhapa district and the Kalimati slums in Kathmandu for many years, which included a sewing centre to train and help generate income for parents.

On the 1st August, friends Sam and Andy embarked on the challenging event ‘The Tour Divide’, an annual mountain bike challenge traversing the length of the Rocky Mountains. Just to make this extreme race a little bit more interesting they did it on a tandem bike! The route took them from the Mexican border to Canada following the 2,745-mile (4,418 km) Great Divide Mountain Bike Route. They were aiming to complete the race within 25 days, but unfortunately due to irreparable damage to the bike, they had to pull out with less than a week to go. Thank you for this mammoth effort and for raising $2700 for Sunrise! 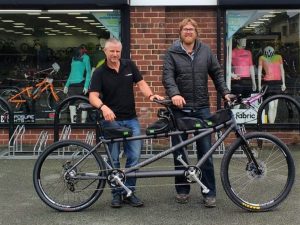 Amanda, one of our monthly sponsors, along with an amazing line up of local musicians put on a beautiful benefit concert in Aspen Colorado, performing a variety of solo and chamber works of Beethoven, Mozart, Chopin, Bach followed by a light reception afterwards. The concert raised $6500 to help support 19 children under SCAI’s care rescued from an illegal orphanage in Kathmandu in May 2019. Thank you Amanda Gessler, Kevin Kaukl, Sarah Graf, Erin Gallagher and Matthew Fitzsimmons, for your beautiful musical and everyone that attended the event. http://www.amandagessler.com 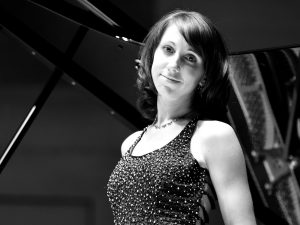 Shashank, Team Leader at Komodo Fashion in Nepal, a UK organic and ethical clothing company, set himself the challenge of attempting one of the hardest marathons on the planet, the Everest Marathon. He successfully completed the marathon and between he and Komodo in the UK, raised just over $3000 to help support 19 children under SCAI’s care rescued from an illegal orphanage in Kathmandu in May 2019. Thank you for your generosity Shashank and Komodo. http://www.komodo.co.uk/ 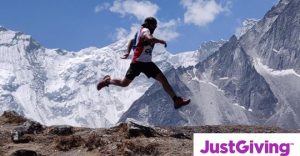 The incredibly talented pianist Kym Purling who travels the world, blessing thousands with his music, put on a concert in Adelaide for the first time after leaving 20 years ago. Based in New York and Paris, Kym has travelled to 130 countries and has positioned himself as one of the most sought after fly-on headline entertainers, performing in the theaters of luxurious cruise liners all over the world. SCAI was fortunate enough to be recipient of $1800 from the concert. The funds were raised to go towards SCAI’s income generation programs for the families of the vulnerable children in SCAI’s education scholarship programs. Thank you Kym! http://www.kympurling.com 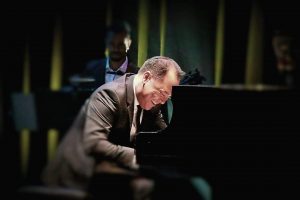 The ‘Wacky Racers’ team, made up of Tim Drury, Darren Ingram, Ian Rogers, Mike Atwell, Tania Atwell and Andrew Garrett raised a huge $16,885 through their completion of the very challenging team race “Enduroman Arch to Arc 2014” in June 2014. The team of 6 ran from Marble Arch to Dover, swam the English Channel and then cycled to Paris. Facing some challenging weather conditions particularly during the swim, the Wackies, who were officially the oldest team to complete the event, did an amazing job.

Well done and thank you!

“Live like a Nepalese child for a week” fundraising challenge for school kids! (2014)

Thank you to all the children who participated in the “Live like a Nepalese child for a week” fundraising challenge from Pembroke College in Adelaide and Haileybury College in Melbourne. The children, with the kind support of their teachers, friends and family raised over $2300 and $4000 respectively. Hailebury College was driven by long term supporters of SCAI, Jade and Kane Hameister, who along with parents Paul and Vanessa Hameister, have been supporting SCAI’s education scholarship programs through various fundraising initiatives. http://www.jadehameister.com.

This fundraising opportunity for school children in Oz and afar is simple and fun for everyone involved! In brief:

In early October 2013 a group of 10 very enthusiastic teenagers from Sunrise took on the “Sunrise Mountain Challenge” to help raise funds for 2 new homes for Sunrise and emergency rescue children. Basudev (Roshan), Ganesh, Bishnu, Buddhiman, Mansingh, Lal, Mangaldas, Chham, Niraz and Shankerman successfully met the challenge which was to complete a 9-10 day trek to Annapurna Base Camp in 7-8 days (whilst ensuring there are no problems with altitude). It was not always easy but they battled on with smiles on their faces each day, hiking up and down mountainous pathways, through drizzle, for an average of 7-8 hours per day, with one day being 13 hours! The teens carried their own backpacks and were closely supervised by two Sunrise reps, a qualified guide and a porter in case they needed any assistance.

We are thrilled to share that we raised over $30,000 thanks to many very generous people.

In an unbelievable physical and mental pursuit, Ryan Hill set off on the 1st October for a 250km race across the Sahara Desert in Egypt. The race started in the Valley of the Whales and ended at the Great Pyramids of Giza. The race consisted of 4 x 40km stages, a 1 x 80km stage and a 10km stage on the final day. The race is fully self-supported apart from water and accommodation in a tent, which means everything else has to be carried. Battling physical injuries in addition to the strain of the event itself, Ryan thankfully made it back in one piece, albeit very tired and sore!

As if he didn’t have enough on his plate with his training for the event, Ryan very kindly took the time to build awareness of Sunrise amongst his friends and colleagues and as a result of his tremendous efforts and their generosity, raised almost $40,000 for Sunrise.

If you would like to read more about the race or Ryan’s blog, please go to http://www.4deserts.com/sahararace.

Ryan did not stop there! He and his company, Edrington Group HK Ltd, then nominated Sunrise as their charity to receive proceeds from winnings from “The Moodie Report Virtual World Cup” competition. 11 teams participated and raised a total of $33,000 for charity. Under the rules the pot is split two ways – 50% to the winner of the virtual competition (won by Scotland – Edrington Group) and 50% to the winner of the actual World Cup (New Zealand) sponsored by The Moodie Report. Sunrise was therefore the very lucky beneficiary of a further $16,500!

Thank you Ryan for your inexhaustible support and dedication!

Paul Hameister, a property developer from Melbourne with a unique drive for extreme challenges, was the first climber to summit Mount Everest in 2011. After 9 months of intensive training, 45 days on the mountain acclimatising, and a final 6 day climb from base camp, he successfully reached the summit at 8848m!

As expected, the climb was extremely challenging and at times extremely dangerous; only the very next day an experienced Japanese climber died and many others were left with frostbite injuries requiring amputation after the weather unexpectedly turned. Despite knowing the dangers and having faced several near death experiences throughout his life, Paul and his very big heart confidently took on the challenge of Everest, succeeded and raised over $25,000 for Sunrise!

We would sincerely like to thank Paul and all the people who donated money to Paul’s cause. Through your generosity, we have been able to continue the sponsorship of over 90 children throughout Kathmandu for at least 18 more months.

If you would like to read more about Paul and his inspiring journey, please read the article at http://www.theweeklyreview.com.au/well-read-article-display/Climbing-with-the-highest-of-motives/4166.